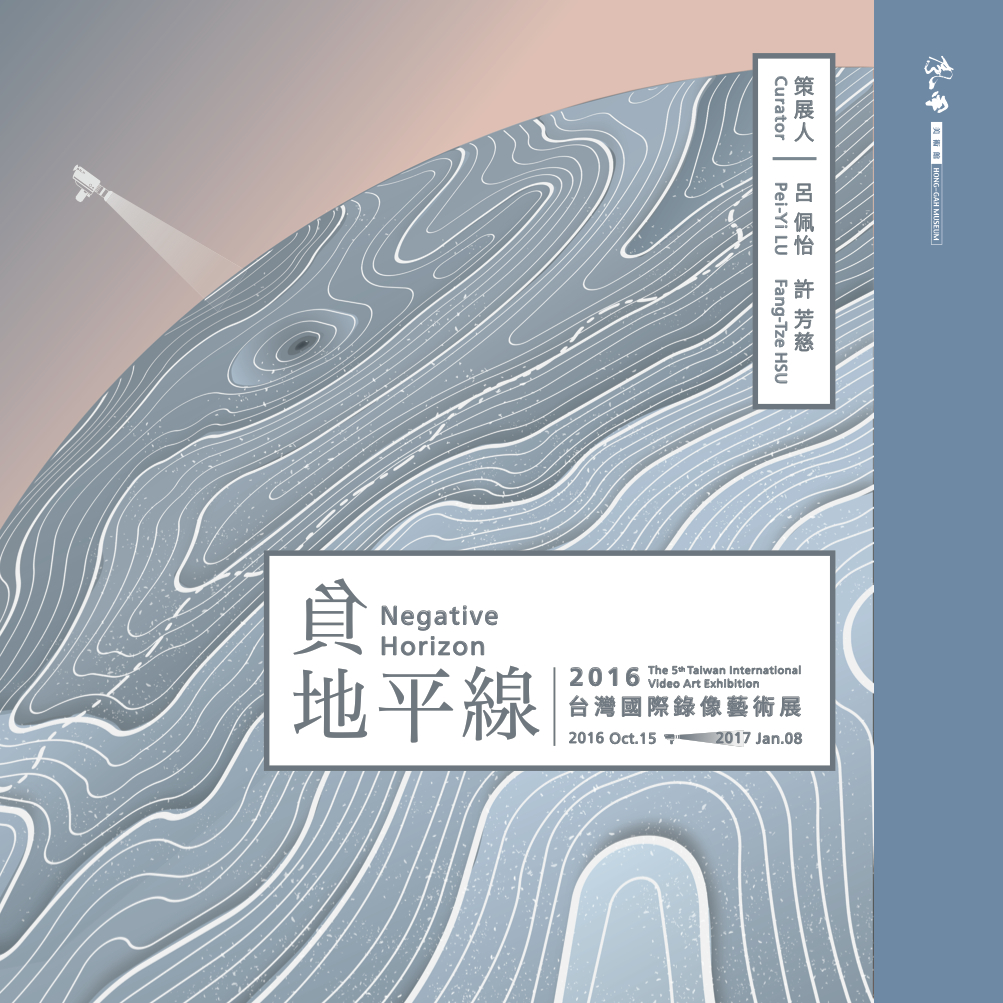 Taiwan International Video Art Exhibition is a biennial event with the year 2016 being the 5th exhibition. Selected artists with works pertaining to this year’s exhibition " Negative Horizon " will be invited by the curators to participate in the exhibition. In addition, an international open entry will be conducted to select works suitable for the exhibition.


One can refer to the term "Negative" not only as the photographic film that represents the essential image movement of the video art—a materialistic process of appearing—but also as an adjective indicating a sense of feminine passiveness with an implication of antagonistic denial. The term "Horizon" embodies the dynamics within the liminal space between the heaven and earth, which is conditioned by the correlation between the perspective of the spectator and her circumstance of the surrounding. Negative Horizon stands for those invisible scenes that inhabit opposite to, behind, or underneath the normative visibility.

The exhibition engages with artistic visions and their corresponding projection in mechanical motion pictures to expose an unseen reality that is constituted by the mundaneness of mobility. A sense of movement is embodied by the economic and political exiles who result from contemporary geopolitics in conjunction with the disruption of citizenship caused by human trafficking beyond political borders. As these trans-national/trans-regional movements gradually become a part of more and more lives, Negative Horizon addresses the question of whether the state of movement expands our horizons or makes us increasingly blind to exploitation by legitimizing the meaning of mobility.