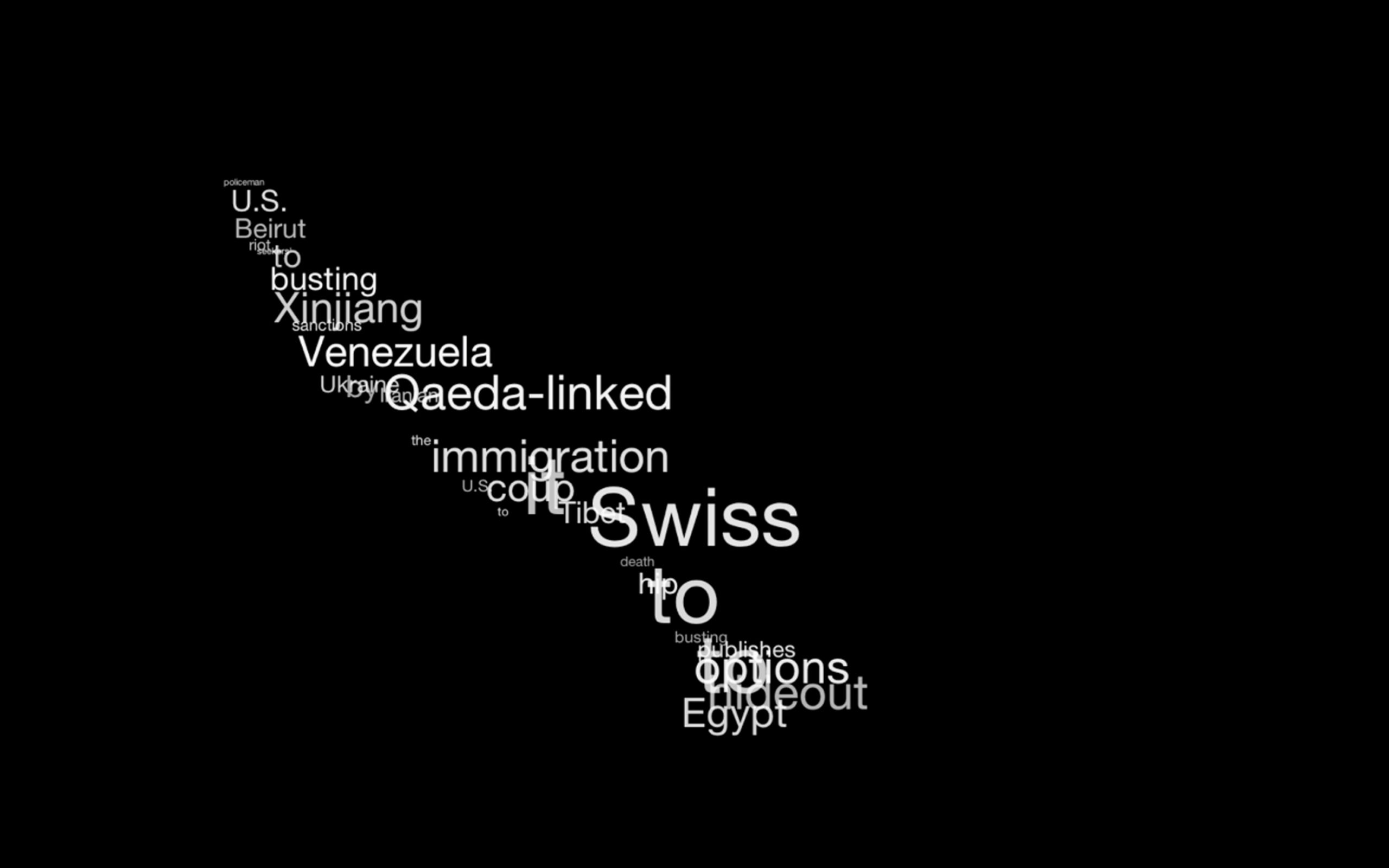 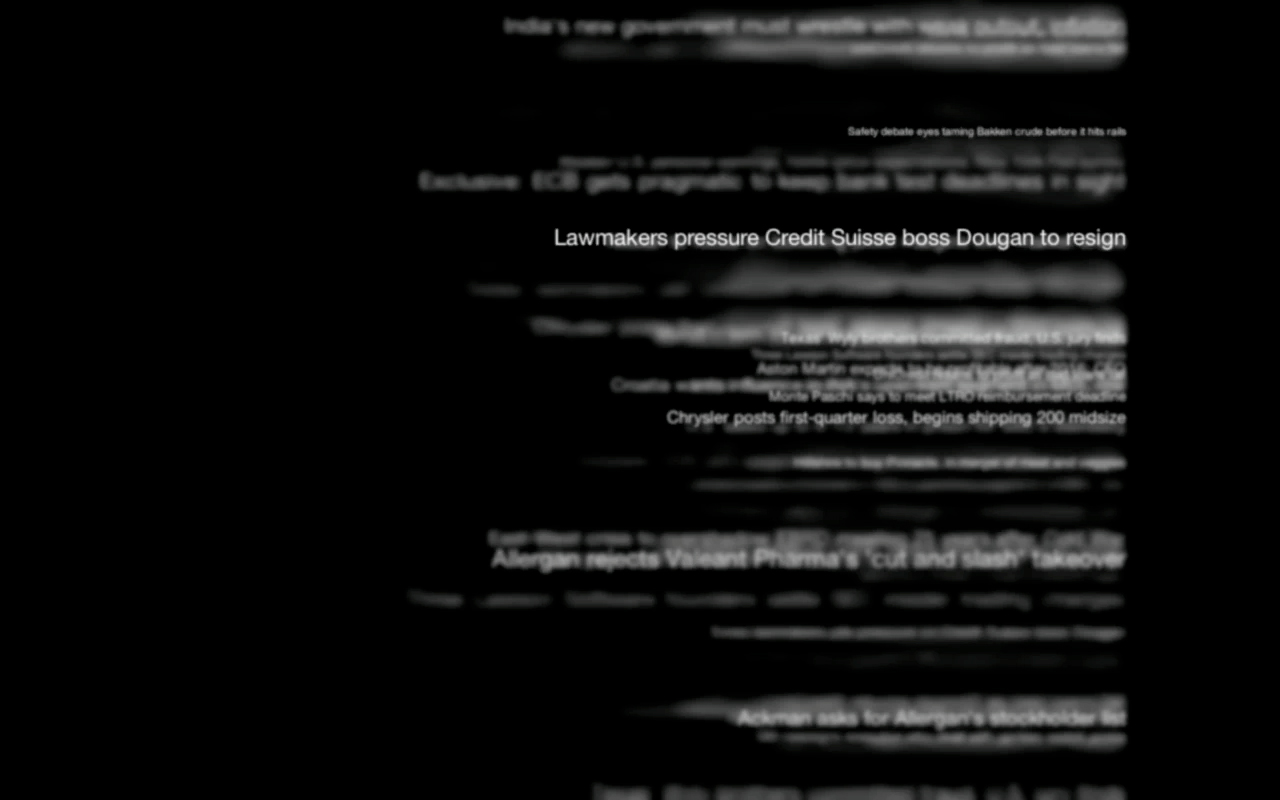 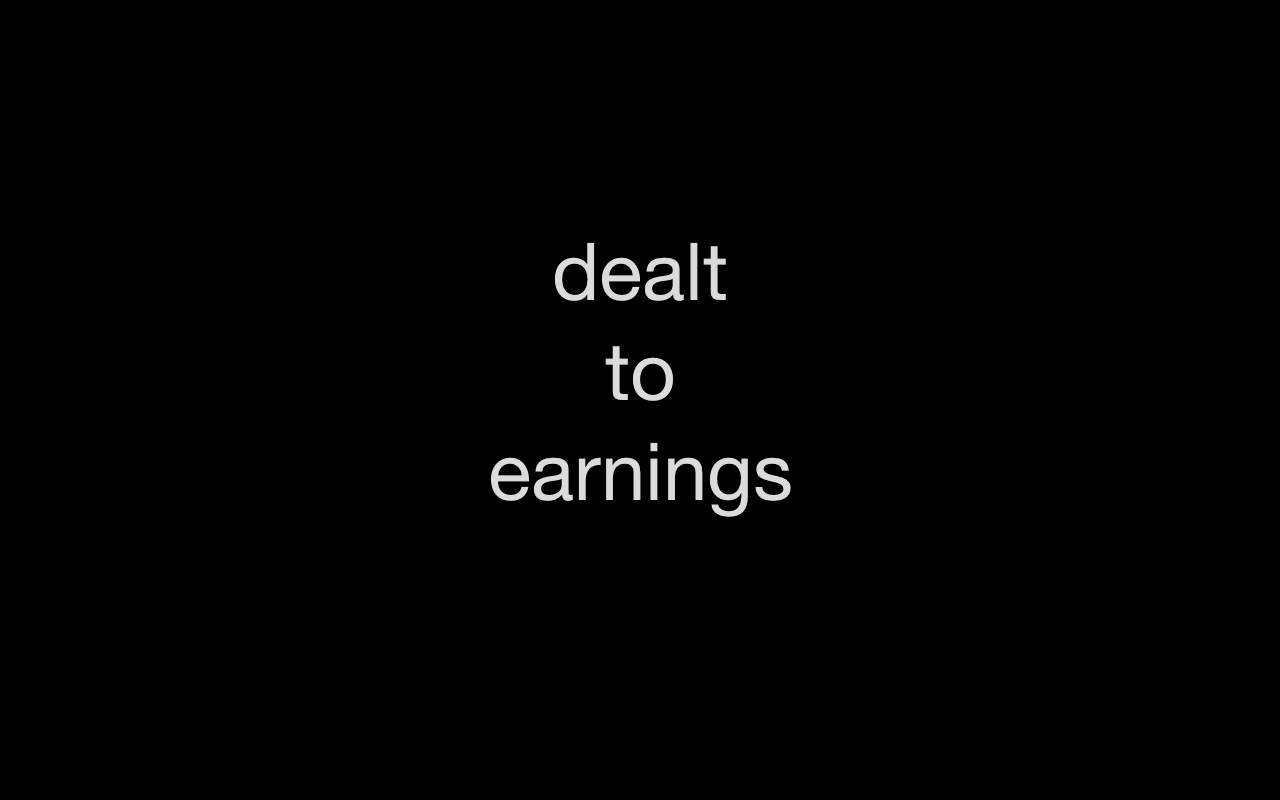 The idea of ​​”new heuristics” is based on the boundary of economy, technology and visual arts.

Real-time installations feed current web information (www.reuters.com), transform and then display text data in a random mode. Both the extracted content and graphical forms are subject to the body of uncertainty. Installations are given general conditions and some degree of autonomy. The network resources are single extracts that appear randomly on the screen, creating compounds of words. The shape of the generated forms, randomly oriented and variable in time may remind considerations, heuristics…

Generative system attempts to visualize financial markets, information noise by putting the viewer in the immersion of the world economy.

Parallel of economy and artistic activities may be an attempt to answer the question of art contribution to the contemporary epistemology.

Artistic purpose of the system is to search for new meanings and associations, inspirational sequences that may become generators of new ideas. Random heuristics can lead us to surprising conclusions and will – perhaps – discover the unknown, expand our knowledge or solve some issues.

“New Heuristics” by Filip Gabriel Pudło attempt to visualize a certain mechanism which concerns the rules of functioning of the fourth power’s world. The fourth power (media) is represented in the project by one of the most important and leading global press agencies, Reuters. This choice can be read both as significant and random. The subject of artistic analysis, due to its power and greatness, becomes a kind of matrix of the media world, which makes it easier for the audience to realize the true way of functioning of the information system in the capitalist world. However, taking into account the genesis of this phenomenon, it is hard to establish the source. Its essence is rather in copying, multiplying and blurring the original points of reference of all press agencies or media which distribute information. This is a fractal system, in which it is easier to see the mechanism of copying than sourcing. That is why any other information medium could be a point of reference for this installation. Yet, the thematic choice of content is of high significance here since the installations use Reuters’s economic information resources. Economy is a discipline functioning on the border of exact science and speculative science. Its status was largely undermined after the economic crisis of 2007. It is also a discipline from the area of heuristic, which points to the subversiveness of the title of the present work. Heuristic is associated on the one hand with the capabilities for detecting new facts or finding relations between facts and on the other, there is also heuristic of anchoring and adjustment, which consists in false interference. Thanks to this, the presented installations become a miniature of the aforementioned global mechanism; they are detached fractals made of soap mist after the bursting of the economic bubble, which according to the established strategies produce “new heuristics”, new data connected with each other in a new way. These installations, referring to randomly selected economic scraps-facts, pose a few problems for the audience. Firstly, they make us think about the status of economy as a science. Secondly, we are asked to evaluate the mechanism of producing and managing information in the modern world. Finally, there is a question about the status of the artistic artefact itself. Is art heuristic? All these questions appear in the cloud of economic information overload generated in real time. On top of that, “Installation #2”, by means of using the blur effect, illustrates the implosion of meanings appearing both in the real world of information and in the fake world of the installation. The fragments of texts generated with the use of algorithms blur after a while and subsequently they are replaced by the new ones – equally ephemeral. The life of information is short. The specificity of the medium puts “New Heuristics” in the field of generative arts. This trend, which first appeared in the 50s and 60s, is very strongly associated with the strategies often used nowadays on the Internet. The work of Filip Gabriel Pudło was clearly influenced by the concept of Wojciech Bruszewski, to whom the author also devoted his M.A. thesis written at the Film School in Lodz. When it comes to the applied strategies, the installations choose words according to the previously set up algorithm; this makes them similar to the unexecuted project of “poetic machine” by Bruszewski (1982) or the “Sonnets” published since 1992. The obvious change lies in the scope of technologies used and the selection of the topic. Filip Gabriel Pudło also uses computer programs (written by himself), but his works are primarily based on online resources, which stresses the notion of being online. An interesting example of the use of the aforementioned strategies is “Video Installation”. It is a project constantly “in progress”, which uses the most exemplary images related to the production of GNP. This work is a collection of generic shots in which the meaning of individual images is used to construct a message on the basis of the data available online. Apart from the text and image, another important aesthetic means of expression and conveyor of meaning is sound – or to be more precise – human speech generated with the help of a computer system. This robotic reader offers the art of Filip Gabriel Pudło a certain poetic coherence. It is especially visible in the work entitled “Operation Castle”, which, even while not belonging to generative arts, is brought closer to the remaining algorithm-based installations precisely because of the aesthetic values introduced by the reader.